REXS.IO is a data trust company offering a blockchain-based digital notarization service that creates a shield of trust for any data, including IoT streams, live video feeds, documents, images, and more.

Organizations can benefit from the security and immutability of the distributed ledgers without their inherent bottlenecks and prohibitive storage costs. REXS.IO’s core technology is scalable and affordable without compromising security.

REXS.IO goes beyond data security, and the user experience is back in focus. It abstracts the technical complexities and nuances of the DLT ecosystem with intuitive user interfaces.

By design, REXS.IO is technology-agnostic and privacy-centric. We provide a framework with the freedom to choose and deploy the most suitable stack, rather than forcing a user to utilize a particular blockchain or a storage solution. 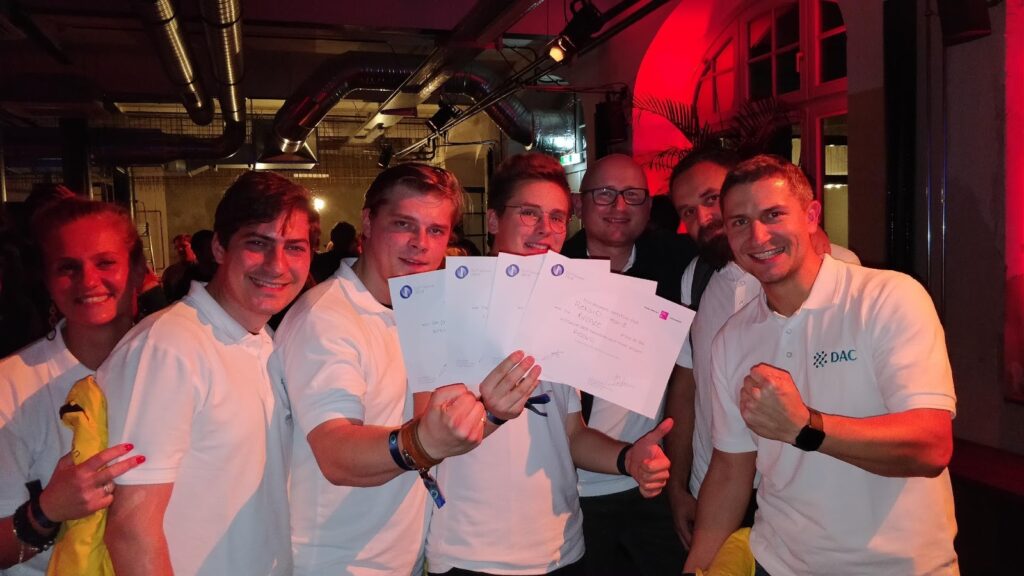 Rexs.io has developed the following blockchain-based prototype in the scope of BlockStart:

Rexs.io is a technology stack for DLT-based notarization of existing data and data ingestion streams with a clear decoupling of trust and persistence layers. Organizations can, therefore, benefit from the immutability and tamper-resistance of the distributed ledgers without data throughput limitations typical of permissionless DLTs.

Rexs.io has a modular architecture with standardized APIs between its core services. This simplifies the process of plugging in new components that can:

Rexs.io can be plugged into existing infrastructures without significant changes, limiting the time and cost of implementation.

Rexs.io abstracts the technical complexities and nuances of the DLT ecosystem in order to help with the onboarding of the rest of the world. The company’s solution is built with intuitive user interfaces and an end-to-end chain of trust and scalability in mind. By design, Rexs.io is technology agnostic. It provides a framework with the freedom to choose and deploy the most suitable stack, rather than forcing a user to utilize a particular blockchain or a storage solution.

Data proxy. It exposes an interface compatible with the existing target storage to serve as the new target for the data producer. Data sent to the Secretary is automatically hashed, the file is proxied to the storage system and the hash including file name is provided to the Notary component.

DLT gateway. Notary interacts with the hardware wallet, signs the transactions, and sends the file name and file hash to the smart contract deployed on the blockchain to create the trust layer. The notary is accompanied by additional services facilitating robustness, high availability and cost effectiveness of our approach in a public DLT context. These include (a) secure message queue to mitigate data loss due to potential transaction backpressure from the network and (b) secure journal to balance the network cost in the context of potentially high velocity, high volume data traffic. Secure communication between components is supported by Public Key Infrastructure and TLS encryption.

Currently supported one is Infineon’s Blockchain Security 2 Go smart card. It facilitates user-friendly and intuitive experience while interacting with a blockchain.

The prototype has been developed for CCTV camera live stream, however, it needs to be emphasized that it does not matter what kind of data input device will be connected. The company has decided to use the camera as an input device because it is easy to show that the stream is notarized live, almost parallelly to the video being recorded.

The history of rexs.io goes back to March 2018, when the DAC team presented R&D results at the 2nd Productive4.0 Consortium Conference and Workshops in Budapest. The company has been working on DLT applications in Productive4.0 project, where 109 partners from 19 countries worked together to examine methods, concepts, and technologies for service-oriented architecture and electronic components for the Industrial Internet of Things. EUR 106 million is the total project budget. Almost half of it is funded, partly by the EU, partly by ECSEL Joint Undertaking and the national authorities of involved countries. The project ended at the end of April 2020. (Grant agreement No 737459.) 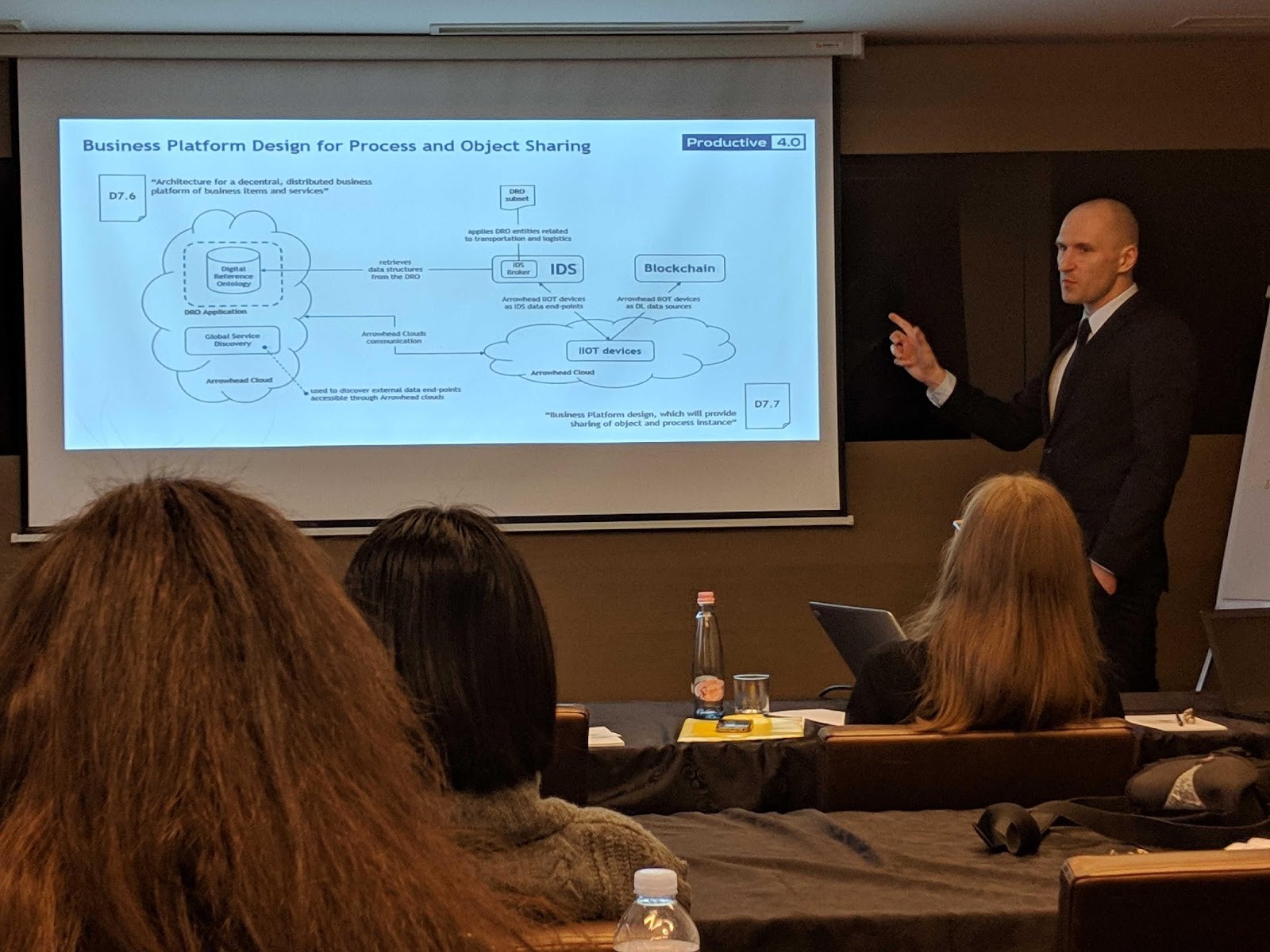 The Business Platform designed and implemented by Rexs.io’s team was meant as an interoperability platform (technological stack) that can be used to support information sharing in the multi-stakeholder environment of the digital industry.  The platform supported data provenance monitoring through external blockchain signatures.

Thanks to decoupling of data and trust facilitated by DLT based data notarization, all data packets fed by IoT devices are stored off-chain while the hash-value of a package is stored on a distributed ledger. The hash of data is, therefore, an immutable reference enabling identification of any changes in data stored in off-chain storage.

Diffusion 2019 was a two-day event focusing on the practical application of open-source distributed ledger technology, smart contracts, machine learning, and programmable tokens, to create a new data layer. Alongside hacking, contestants participated in workshops, panels, and expert-led fireside chats on the latest trends in enterprise & blockchain, token economics, interoperability, deep learning & AI, and more. Over five hundred programmers in 10 tracks competed against each other in the Diffusion 2019 hackathon. 45 teams made it through the weekend and presented their projects to judges on Sunday afternoon. It took our team 36h to build an award-winning application.

The goal was to create an intuitive, low-cost, non-intrusive demonstrator capable of efficiently tackling high velocity, high volume video and data stream, and storage inefficiency of the Ethereum Network. Rexs.io’s team was awarded the first prize in 2 tracks:

and Bronze Runner-Up prize in the general classification

rexs.io’s team after the award ceremony at Diffusion 2019 in Berlin

In March 2020, rexs.io’s team was accepted to Reno InNEVator Technology Accelerator in Nevada, US. The acceleration process focused on providing participants opportunities to present projects in front of American investors. The stay in the US also brought additional value, which was several contacts to companies potentially interested in blockchain adoption, however, the stage of project development was too early back then. Thanks to the BlockStart programme, the company was able to bring its project to the next level as BlockStart helped Rexs.io with reaching potential clients and partners globally

Rexs.io was accepted to be part of the third cohort of Base Camp Virtual organized by Outlier Ventures. Along with  a group of 10 companies (from Canada, Europe, Asia, Australia), the company will be working on boosting our business development

In BlockStart, Rexs.io implemented its blockchain-based solution in 3 SME adopters

Pilot implementation: Work evidence authentication. With their mobile devices, maintenance crews can send images to document the servicing job. The images are sent directly to the infrastructure operator, and their hash is notarized on the blockchain. In case of a dispute, all involved parties will be able to validate the attachments.

Pilot implementation: Space imagery authentication. With Distributed Ledger Technology, we add a trust layer on top of satellite imagery serving as input data for Latitudo40 product –  EarthAlytics. Thanks to DLT implementation, platform users will always be able to verify if the information provided is generated from a sound and trustworthy source.

Cloud Storage Authentication for any business

Pilot implementation: A full integration of Rexs.io notarization technology with Vawlt secure multi-cloud storage. This integration creates a solution that ensures end-to-end data integrity, from the notarization process to the storage in multiple clouds. 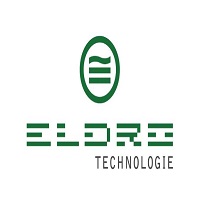 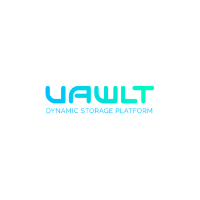 Przemysław SzleterCOO
An executive with 13+ years of business development and sales experience of software & hardware products for startups and enterprises. Co-founder and former CEO of Interizon – largest Polish ICT Cluster and co-chair of the Advisory Board to the Polish Ministry of Development in the field of ICT. He created and introduced a TMS system, that gained over 50% market share in Poland 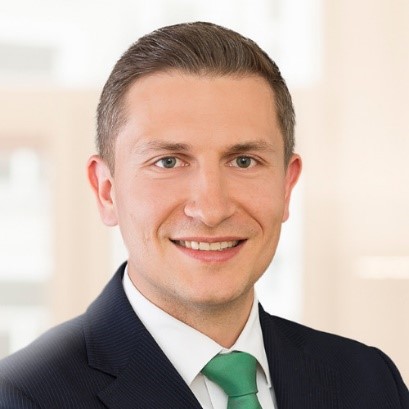 Krzysztof RadeckiCEO
Seasoned IT manager with 15 years of professional experience as a solution architect and consultant with a background in banking, insurance, telco, commercial real estate and retail coupled with strong international exposure (Poland, Germany, Switzerland, UK, UAE). He coordinated technical teams as a direct and dotted line manager in Germany, Poland, France, UK, and Spain

Stanisław RaczyńskiCSO
Engineer, researcher, data scientist, project leader with 17 years of professional experience and a Ph.D. from the University of Tokyo with unique Expertise in the fields of signal and natural language processing, machine learning, robotics, and DLT. Stanisław has a wide experience in software development (embedded, desktop, mobile, web) 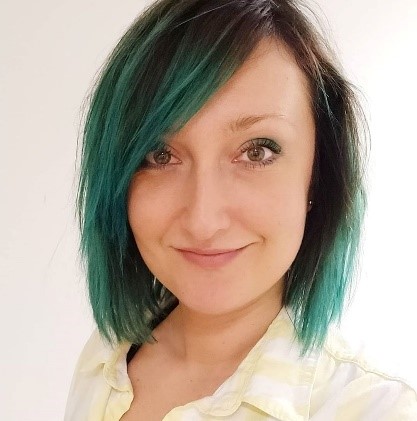 Agata KukwaHead of Communications
Digital communications entrepreneur with 10 years of professional experience, helped over 30 early-stage brands to enter the market or improve their online performance; experienced in VC market as former communications director at one of the Polish VC companies; exited successfully from own company in 2017; supported the National Centre for Research and Development as an economic expert in evaluating grant applications for innovative R&D projects 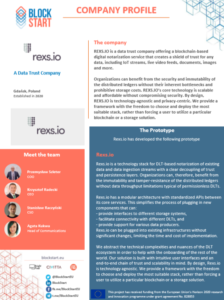 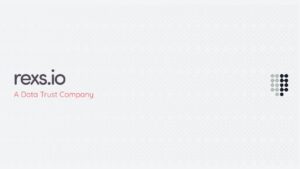 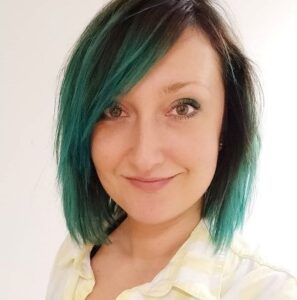 Our participation in BlockStart programme brings the opportunity to get feedback and insights from the European blockchain industry. We feel like we are getting one step closer to our potential customers, thanks to the programme